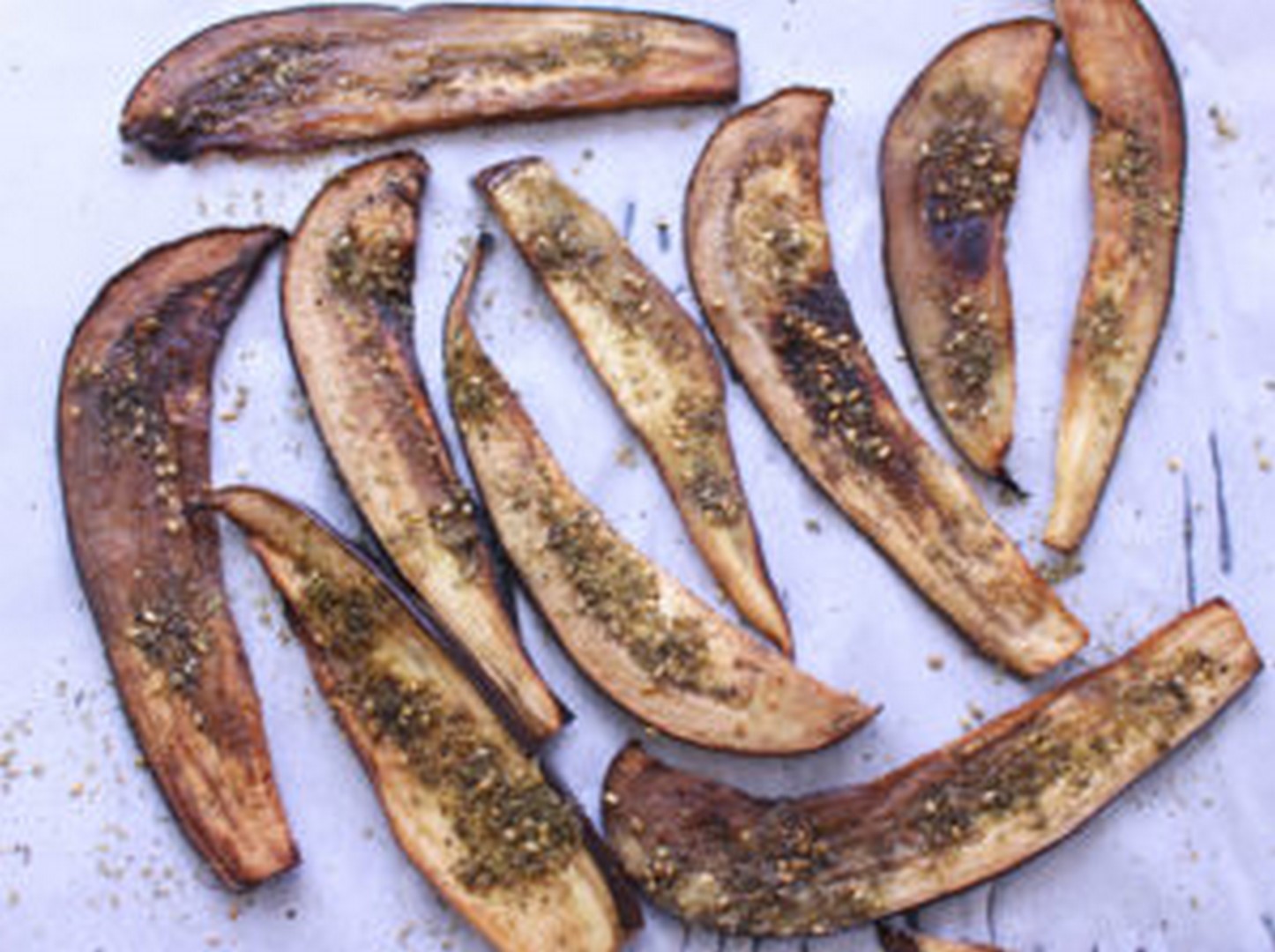 Have you ever tried zaatar with eggplant? If you have not tried this amazing combination, you do not know what you are missing out on. And once I heard about people making eggplant “bacon,” I couldn’t think of a better way to make it than Mediterranean-style with some olive oil and zaatar of course!

Although I may have never tried a “real” BLT before, I’m pretty sure they could not taste anywhere near as yummy as this one did! Also, the baked eggplant bacon combined with tahini instead of mayo, make this sandwich a much healthier alternative to the original BLT. I used a simple marinade so that the zaatar could really stand out. Maple syrup brings out the sweetness of the eggplant, and when combined smoked paprika, this eggplant bacon has the smoky-maple flavor of true bacon. The eggplant also crisps up beautifully in the oven.

Did I ever mention how much I love tahini on everything? Since going vegan, I only love tahini even more. Of course I had to use it liberally all over my sandwich. Juicy tomatoes, crunchy fresh Persian cucumbers, and creamy avocado were the perfect accompaniments to this Mediterranean-style BLT.

And since I was feeling extra fancy, I decided to top it all off with toasted walnuts, which give the sandwich a delightful crunch! Don’t forget to let me know if you try this ultimate Mediterranean-style vegan BLT out! It was truly the sandwich that my dreams are made of.