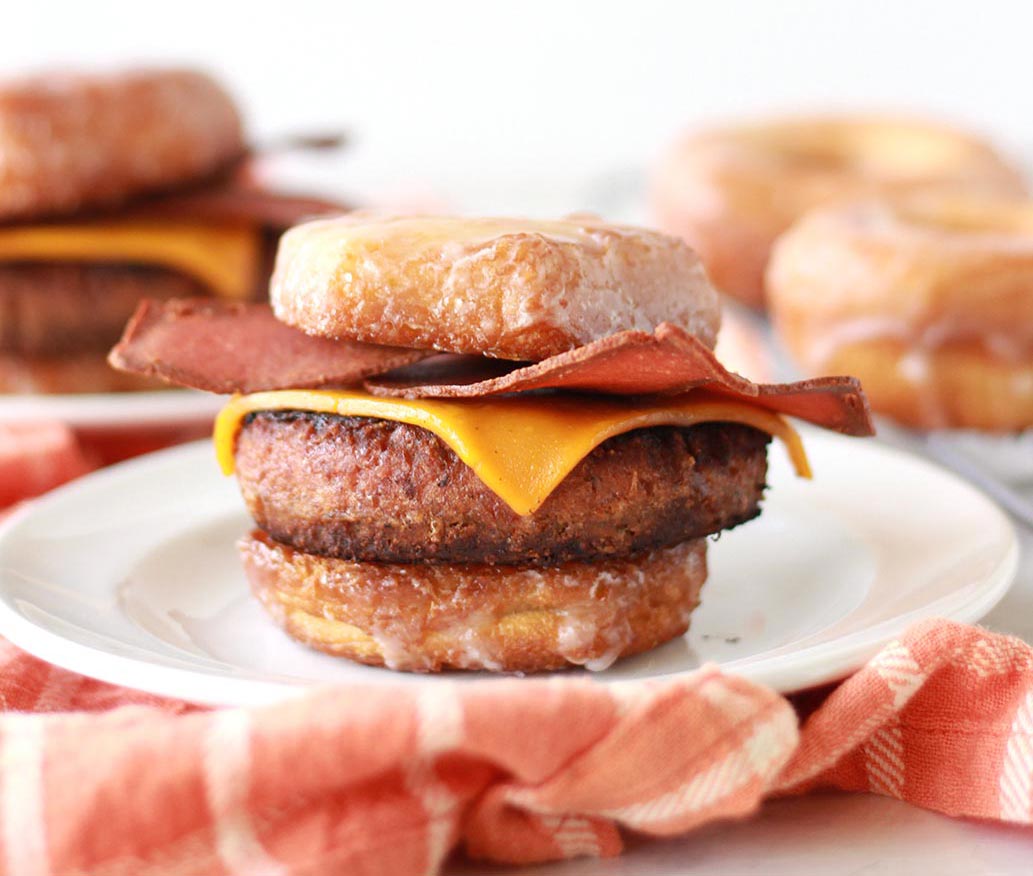 This isn’t just any vegan bacon cheeseburger- sandwiched between a toasted glazed donut bun, also known as the Luther burger, this recipe really illustrates that anything can be turned vegan- while still being equally as delicious!

Although this is by no means a “healthy” recipe, I didn’t feel weighed down or sluggish at all after eating one of these, despite their tantalizing appearance! I think this is a great alternative to the actual Luther burger, dubbed by some the “heart attack burger”- not only is it free from cholesterol, but it is also free from cruelty! 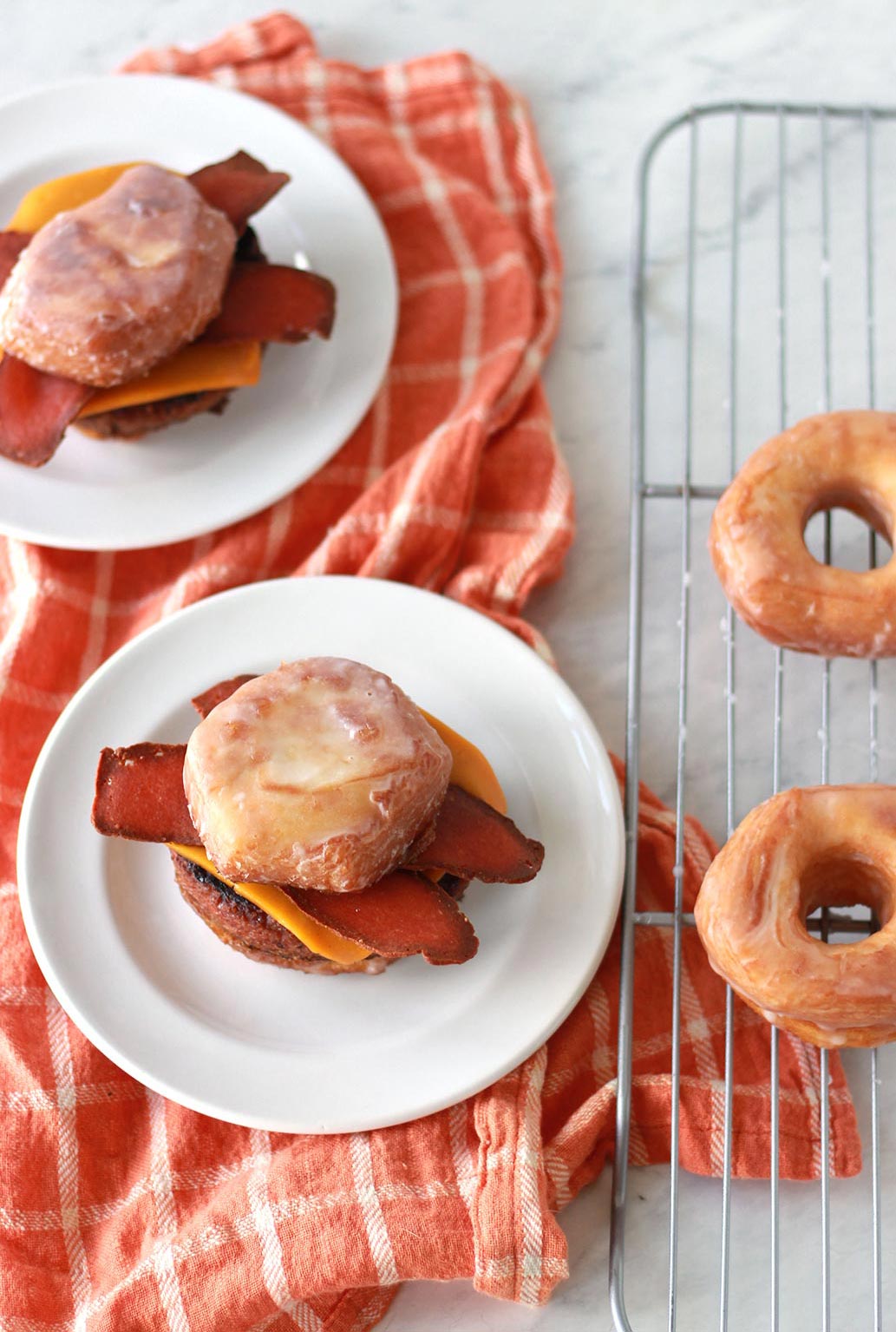 I hope you love this vegan donut burger as much as I do! Don’t forget to tag your recreations on Instagram @zenandzaatar & #zenandzaatar! Or just pin this recipe for later! 🙂
Vegan Bacon Cheeseburger (Luther Burger) with easy Donut Hack! 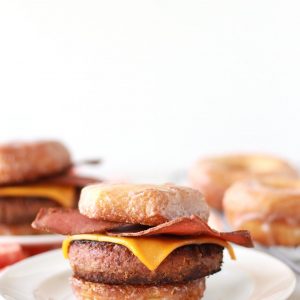 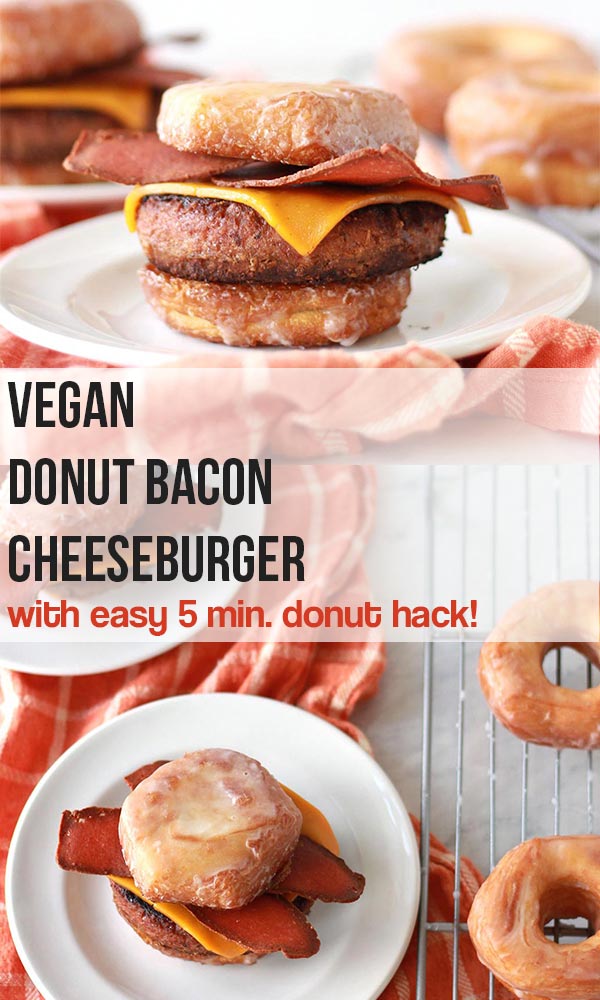 Thanks for stopping by! I'm Zena, and I'm passionate about creating simple, healthy, and Mediterranean-inspired vegan recipes that anyone could fall in love with. I want to revolutionize the way people think of vegan food (as boring, difficult to prepare, or not possibly as tasty as non-vegan food...) one recipe at a time. Want to know more?

Sticking to a plant-based diet has never been easier!