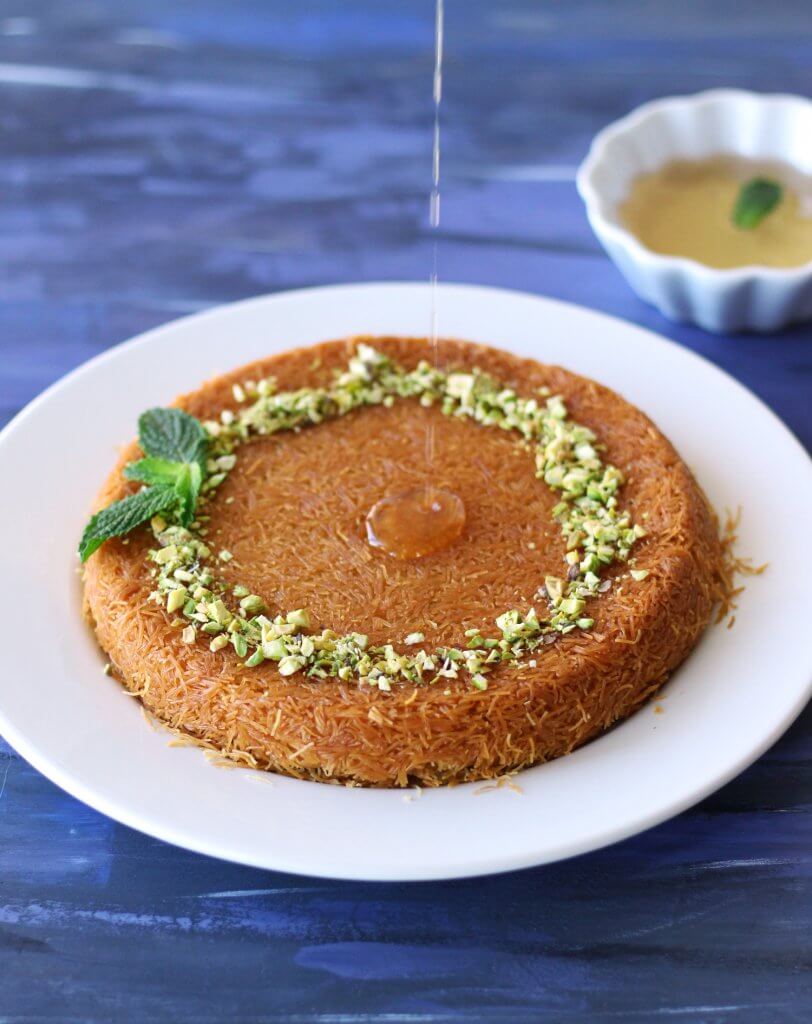 Kunafa (also spelled Knafeh or Kanafeh) is a decadent, traditional Middle-Eastern dessert consisting of sweet, gooey, melted cheese sandwiched between two layers of shredded phyllo dough and soaked in an orange blossom syrup. This vegan kunafa is almost indistinguishable to the traditional dairy version, and many have reported it is even better! 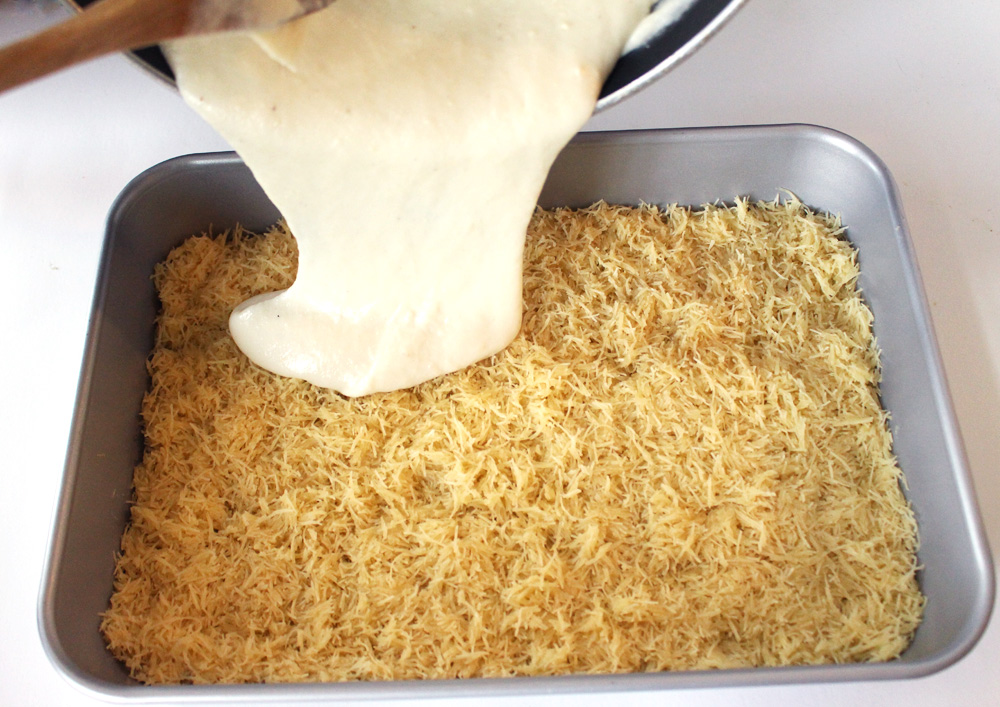 Almost like a sweet cheese-stuffed baklava, it is easy to see from the pictures why this dessert is a favorite among many different Middle-Eastern countries! There is never a large gathering, party, or special event that is missing a large tray of kunafa, with its sweet orange blossom aroma traveling through the air.

You can choose to bake it in a round or rectangular cake pan; both are equally aesthetically pleasing but I prefer the rectangular sheet for large gatherings. If you use a smaller cake pan you may be tempted to finish it all by yourself! 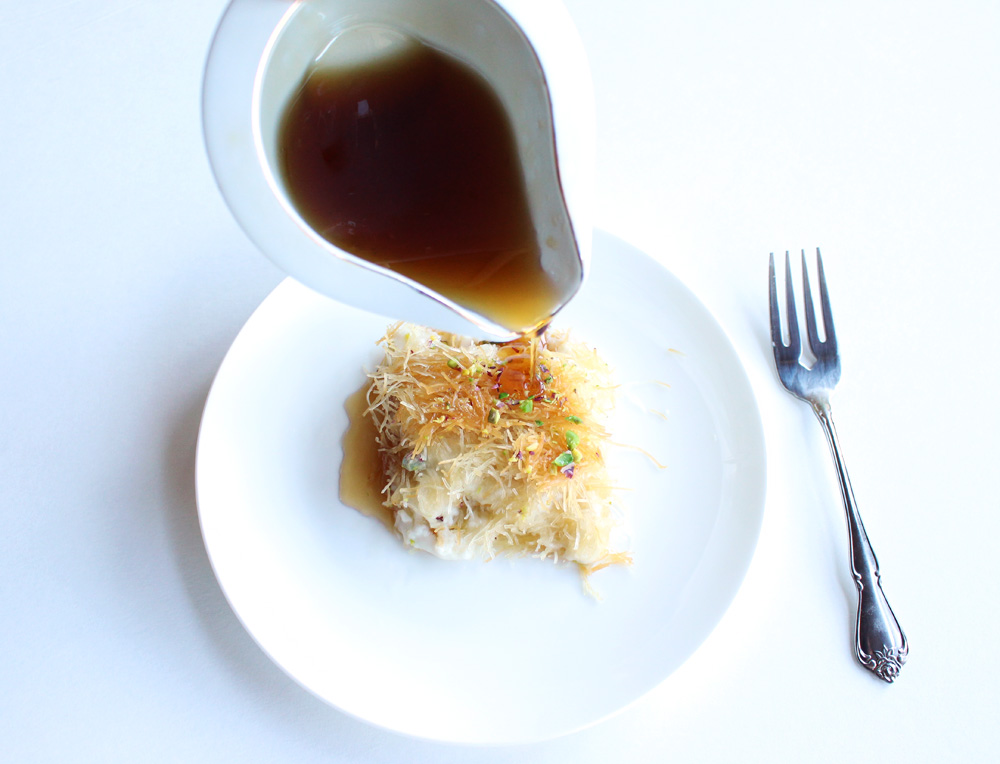 I made this vegan kunafa for the first time for a large family gathering, where there were many dedicated kunafa fans as well as ones who had never tried it before. Everyone said it was indistinguishable from the traditional version and some liked it even more! The cheesy filling had the perfect gooey texture and the syrup soaked through the dessert wonderfully. Those who had never tried it before were pleasantly surprised. 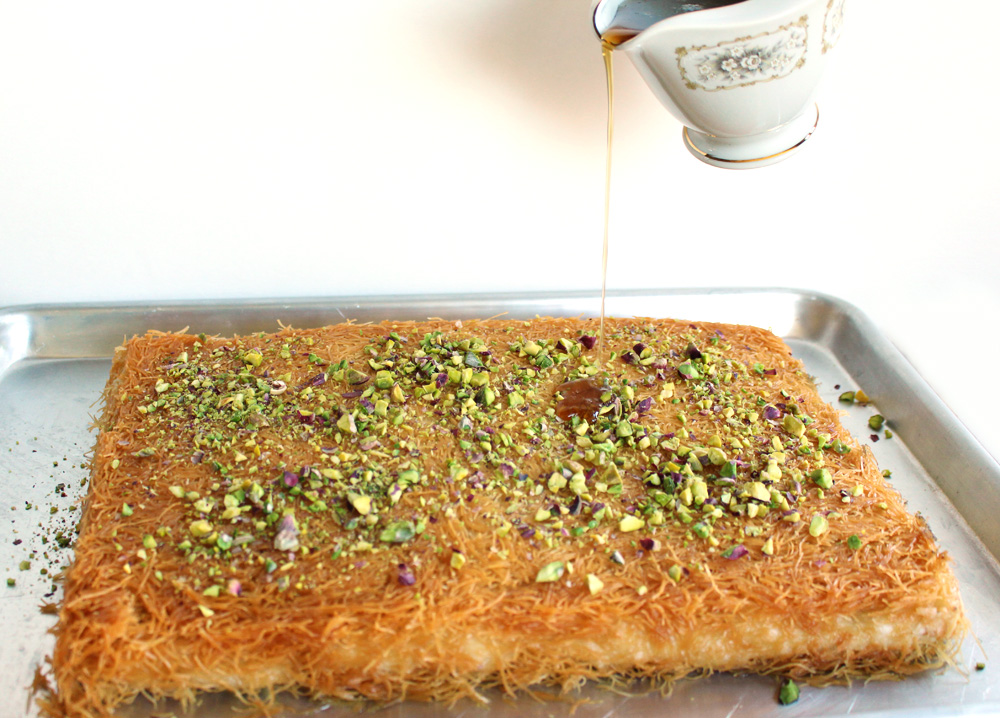 The traditional recipe uses at least twice the amount of (vegan) butter that I used, but this slightly healthier version was not lacking at all in flavor and still gained a perfectly golden brown crust. I also loved using coconut sugar for the syrup as it gave the syrup a beautiful caramel color!

I hope you enjoy this irresistible dessert as much as I do! 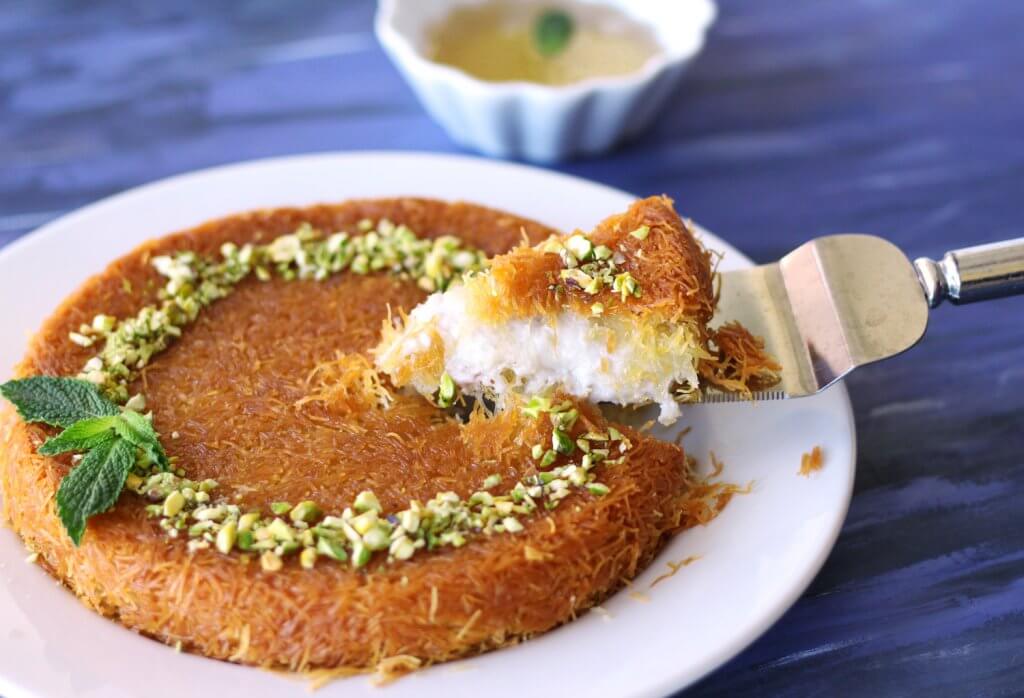 Don’t forget to let me know in the comments below if you try it or pin it for later! And I would love to see your recreations on Instagram @zenanzaatar #zenanzaatar! 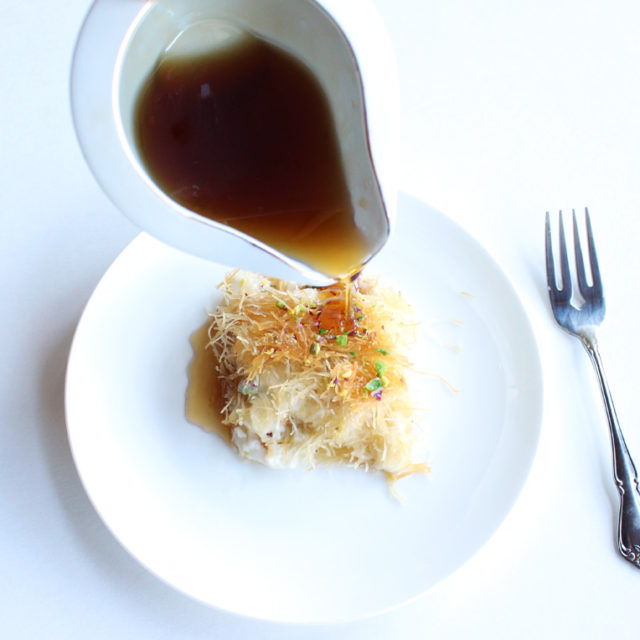 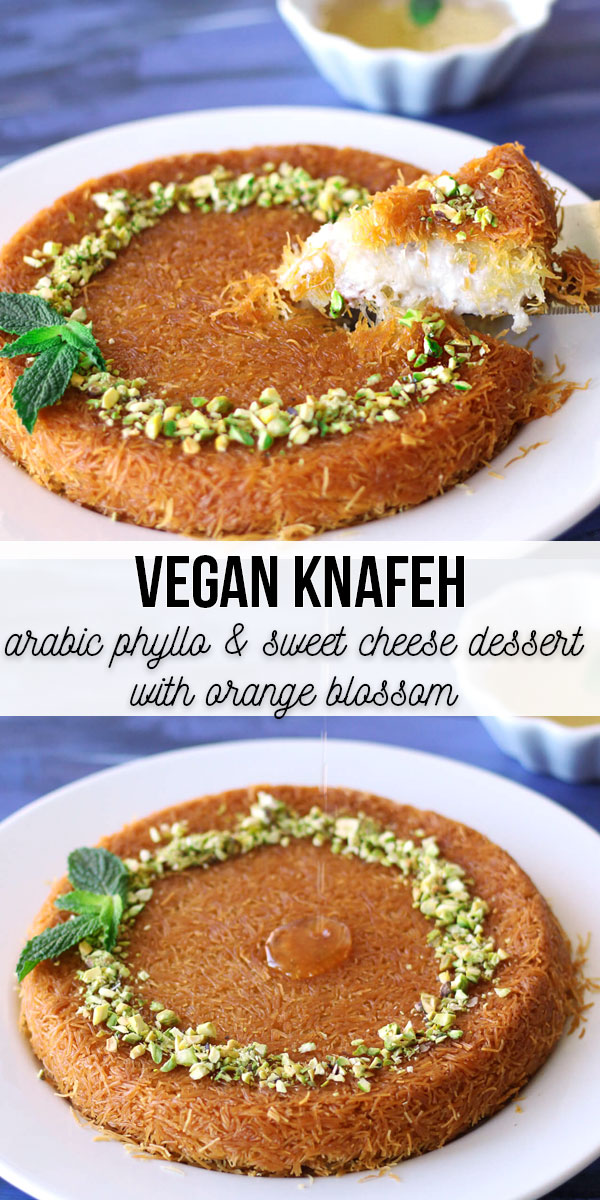 Sticking to a plant-based diet has never been easier!