This Syrian baba ganoush is a smoky eggplant and walnut dip made without tahini, flavored with tangy pomegranate. This Mediterranean dip gets the smoky taste from charred eggplant, and walnuts add a delightful crunch. 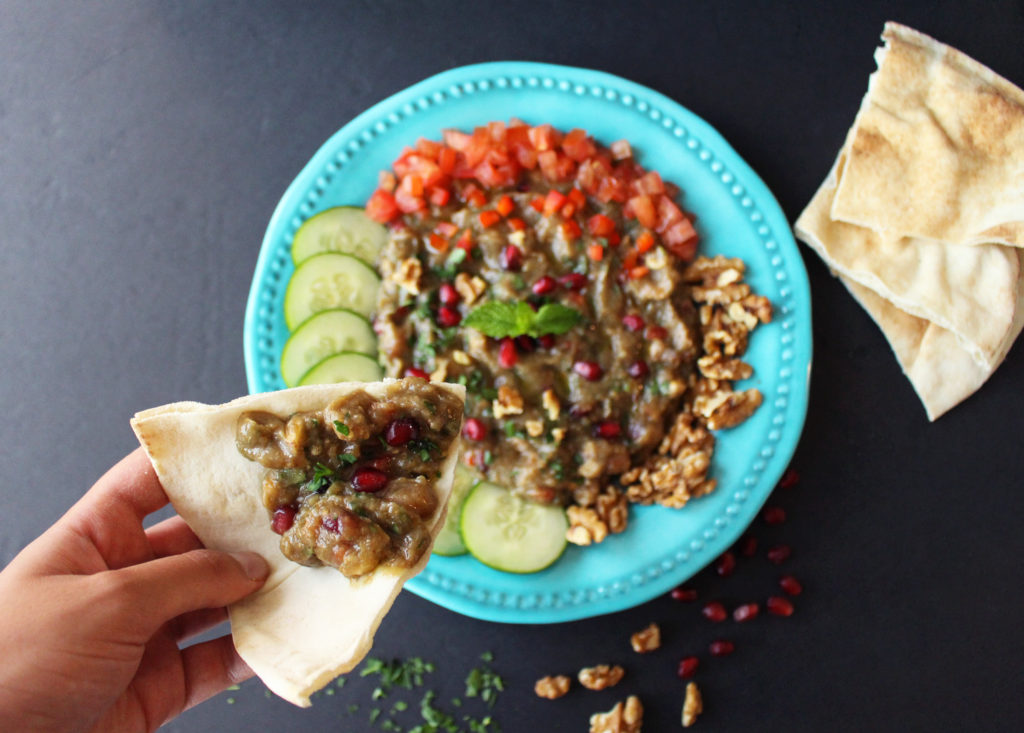 Baba ganoush (Baba ghannouj, or بابا غنوج) is one of my favorite Middle Eastern party dips, and it was probably the dish that initiated my love affair with eggplant. I never liked the mushy vegetable before I tried it in my mother’s baba ganoush. She always whipped up a big batch of the charred eggplant, walnut, and pomegranate dip for any large dinner party we were going to be having, and it was always one of the most popular appetizers. The sweet smoky flavor of eggplant shines through this dish, dressed simply with only olive oil, some garlic, and pomegranate molasses. 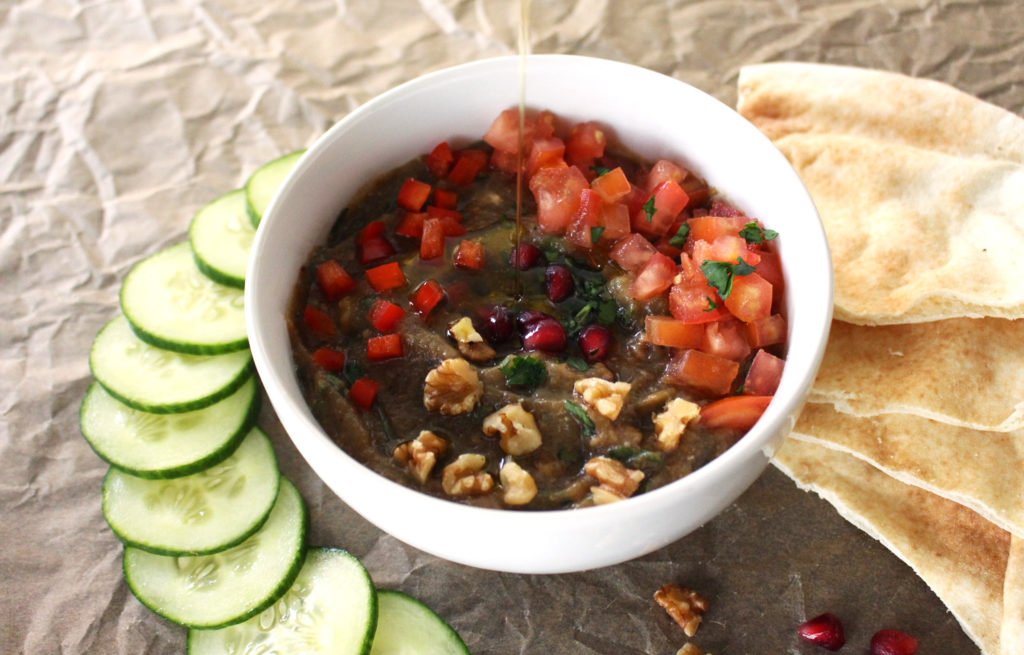 You may know baba ganoush as the grilled-eggplant-and-tahini dip, but the traditional Syrian recipe does not use any tahini, and instead we call the familiar eggplant-and-tahini dip mutabal. Both dips are absolutely smoky and delicious, but not many people know about this simple non-tahini version, which I actually prefer to mutabal, because I like the smoky eggplant to be the ultimate star of the dip! 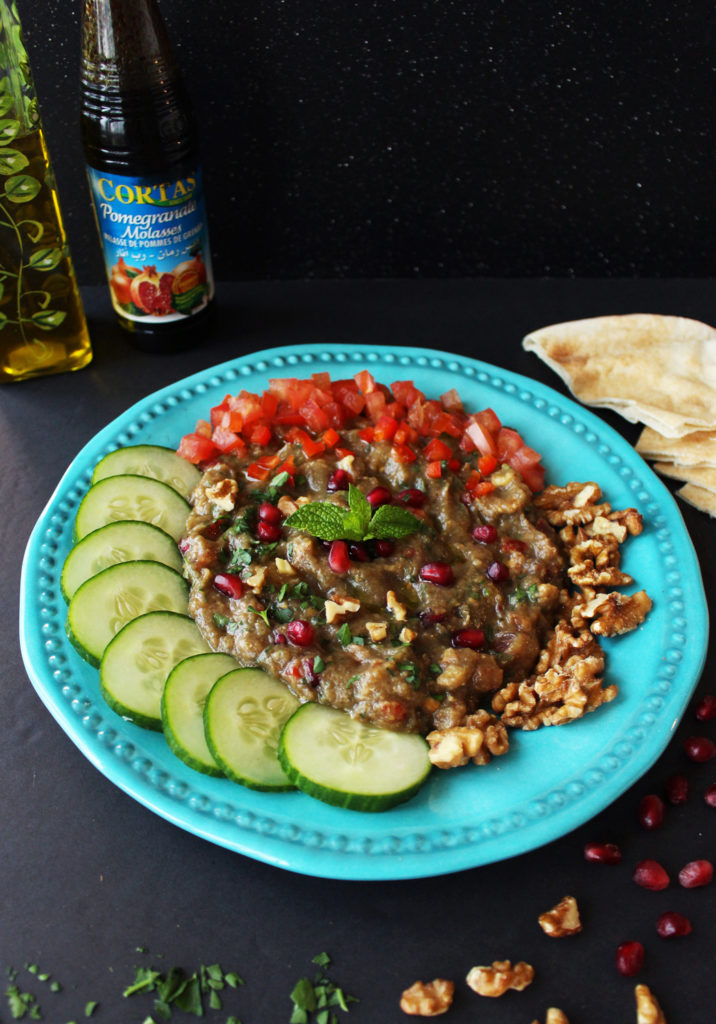 I also love the crunchy texture of the walnuts and pomegranate seeds in this dip. Plenty of parsley adds just the right amount of refreshing bite. The parsley, tomatoes, and bell peppers can be mixed into the dip (which I like because it makes it chunky!) or simply used as a garnish. This dip is perfect scooped up with warm pita bread! 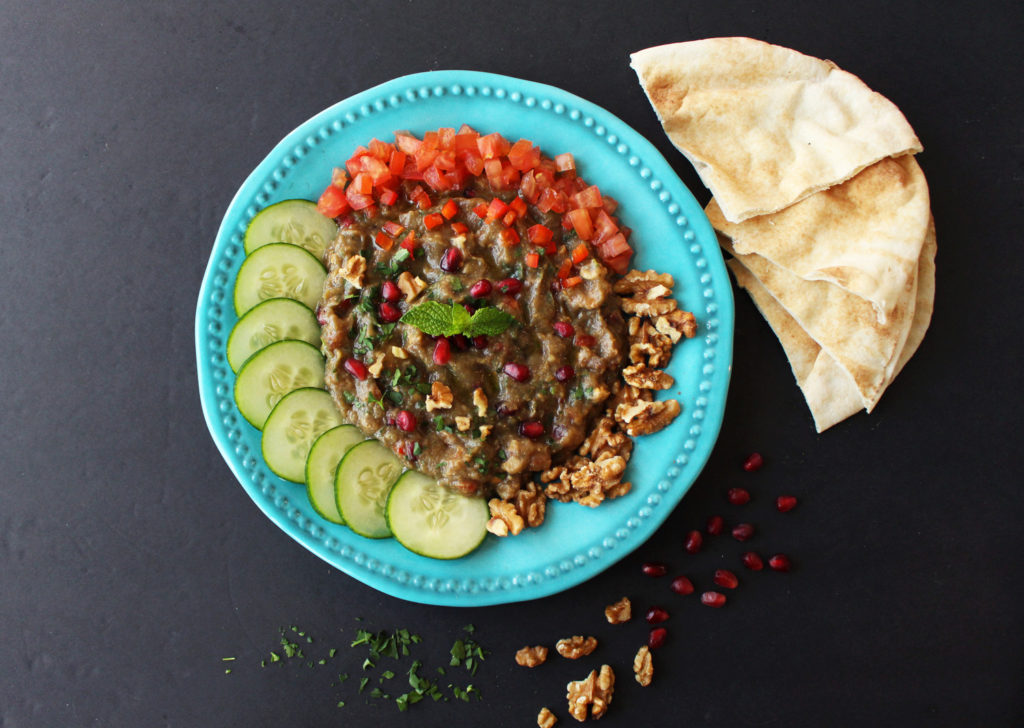 Let me know if you try this recipe in the comments below or pin it for later! And don’t forget to tag your recreations on Instagram @zenandzaatar! 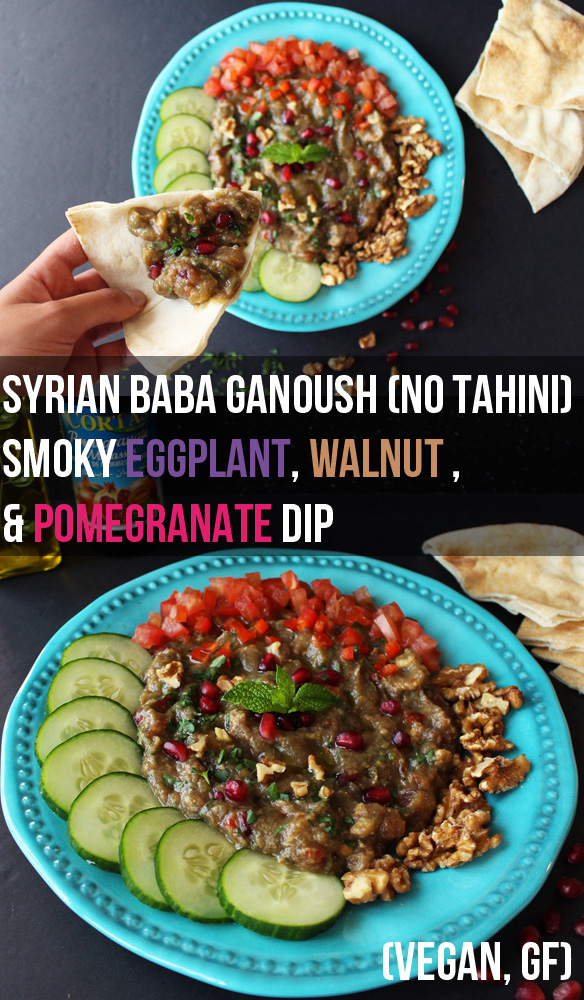 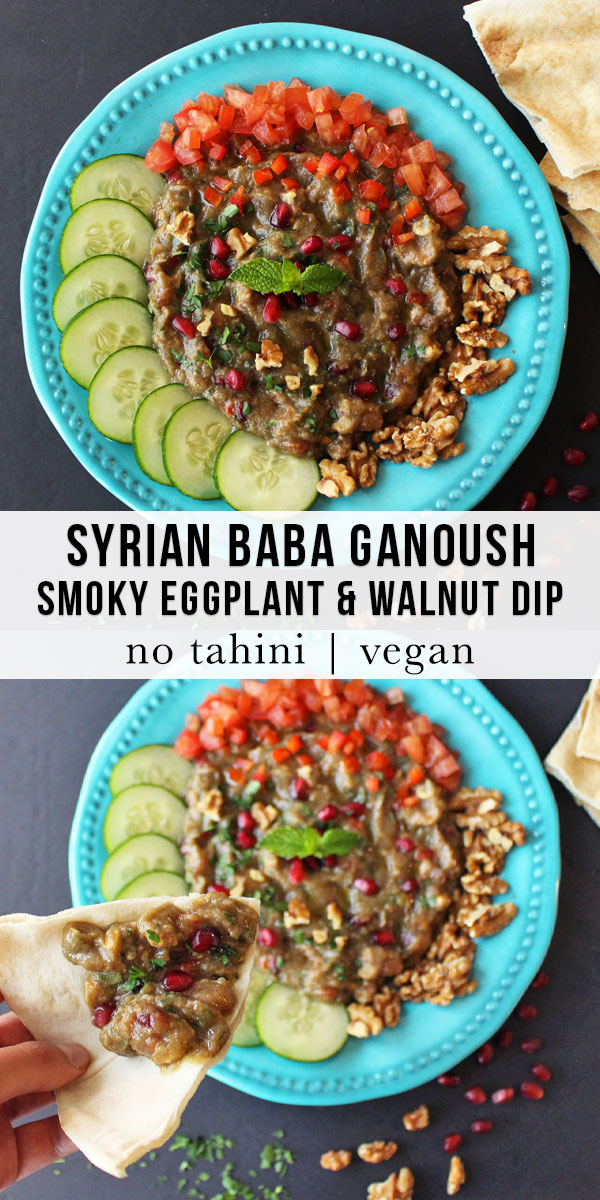 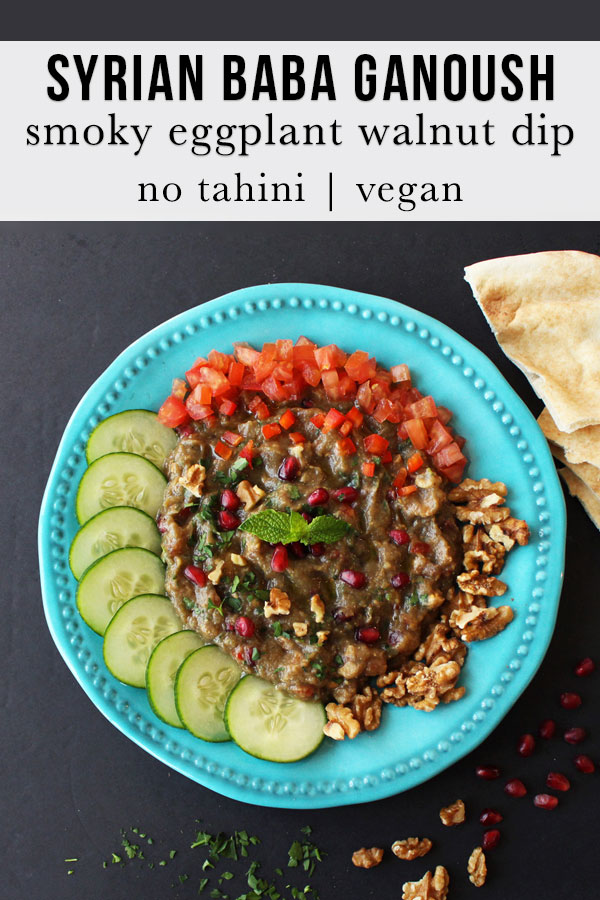